If we’re going to argue about the tyranny of the majority, I will win

So, we’ve finally left the EU. But this hasn’t stopped a few ardent remainers from trotting out some of the arguments they’ve been making for the past three and a half years.

The one that fascinates me most is the one that goes something like “x voted to remain”. You’ve seen the claims. “Scotland voted remain” or “London voted Remain”. Sometimes they’re grouped together, for impact, like this tweet from a disgraced member of the corporate press:

This always seems to me to be a strange argument, but one I’m actually happy to back (although they won’t like the support I’m giving it). It’s one of those points that you know they just haven’t thought about enough. They cannot have thought it through, or taken it to the next stage (never mind its logical conclusion).

Let’s do that for them.

Their point must, for they wouldn’t have said it otherwise, be that this is somehow important. That x (let’s use Scotland) voted to remain. That the people of Scotland (a subsection of the broader referendum area) are being overruled. It’s worth pointing out at this stage that this was a UK referendum. There were no constituencies, no countries, no cities, just one big vote, winner takes all. This wasn’t a first past the post vote for a number of seats, like in a General Election. Any area that remainers are speaking of is arbitrary (unless it’s the whole of the UK). So why are they doing it?

Is it that it’s bad for a larger population to govern a smaller one? To somehow dictate terms to people who don’t want decisions imposed on them? Because I say let’s take this further. You talk about Scotland. Not everyone in Scotland voted to remain. Many voted to leave. What about them? If it’s not ok for the larger part of the UK to dominate a smaller part, why is it ok for the larger part of Scotland to do the very same thing?

I love the idea that a larger group should not impose its will on a smaller group, which is exactly what they don’t realise they’re saying.

This is the logical conclusion of their argument.

It also helps us to point out that the larger the democratic area, the greater the number of people who will be disappointed. So why do they use it to argue for membership of an organisation that has the ability to impose its will on multiple countries every time a new law or regulation is passed? Indeed, if your argument is against the tyranny of the majority, you should logically be calling for the smallest possible majority to prevent any unnecessary tyranny whatsoever. Which leads you to the democracy of one: The individual.

This is why I’m all for their argument. Why should people tell you how to live your life because they outnumber you? Why should any group impose their morals on a group of lesser members? Why should a number of people have power, authority and control over any smaller number?

Instead, let’s play them at their own game and play to win. Yes. You’re quite right. The rest of Britain shouldn’t impose its will on Scotland and nobody else should impose their will on me.

Photo by Adam Wilson on Unsplash 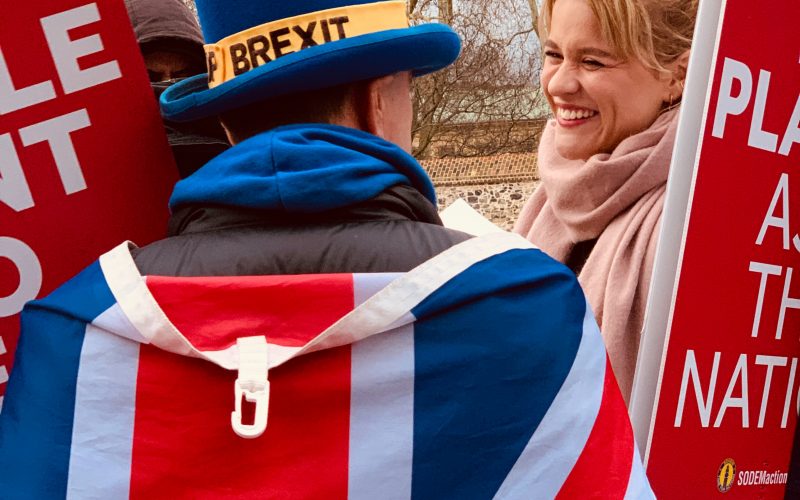 We don’t need a general election, but MPs do need to resign

In his recent Spectator piece, Stephen Daisley outlines the political conundrum of Brexit well: the voters want Brexit, the executive wants Brexit, but Parliament does not want Brexit.

Now taking face value that the executive does actually want Brexit (Theresa May certainly doesn’t), Daisley explains that with the problem being the make up of the house of commons, that we need a general election to get a new batch of MPs.

But a general election is much like a second referendum, in that it lets MPs off the hook.

Even when given a clear decision on what to do, MPs (and Ministers, and Prime Ministers) can dither, prevaricate, delay and obfuscate until there comes such a time when they say “sorry, this is too difficult, back to you”.

Of course, what this means is that they didn’t like the decision that was handed to them, and they want a new one. Is this how we should let them behave?

MPs have a problem with Leaving. They wouldn’t be calling for a second referendum or a general election had the country voted majority Remain. They like Remaining.

But it’s also more than that. It’s about the fact that these MPs who call for a second referendum are putting their politics first, before democracy.

Yes, we have witnessed a clash of two kinds of democracy – Direct in the form of the referendum, and Representative in the form of our MPs – but after voting for the referendum bill itself, and again in triggering Article 50 of the Treaties, they are choosing to dump the decision made by the people in favour of their own personal views.

There is a dilemma here for MPs – there is no doubt about that. They are elected by their constituents to make decisions, to make law, to scrutinise government, to be in government.

But they are revealing, quite clearly, where they rank the decision made by the majority of the country compared to their own views as elected representatives.

Of course, what they are hoping for, by dragging out this process for so long, is to make Parliament and Government look as dysfunctional as possible. They want to be able to say “See, this is too complicated, we need you to have your say again – look how we are mucking this up”.

This may have the effect they desire, with voters becoming ever more frustrated with their politicians, but they are missing the point. Brexit was a vote against the establishment, and the status quo. By making the establishment seem incompetent (revealing that it is?) that sense of disenfranchisement only strengthens.

Populist sentiment will only increase. If Leave isn’t delivered in any kind of meaningful way (like signing a Withdrawal Agreement that is more Remain than Remain) that sentiment will rise again.

Undo the referendum result entirely and stop Brexit and things could get nasty.

If MPs don’t want to implement the decision given to them by a national referendum, then they should resign as MPs.

They should make room for someone in their constituency who is willing to represent that decision and implement it.

There is another way of changing the make up of the House of Commons, and it’s not a general election, it’s a by election. In this case, potentially hundreds of by elections.

The problem, as identified by Daisley, is indeed the logjam of parliament. But a general election just means the same candidates trying to keep their jobs and to convince you of their views, not the other way around.

These MPs say more democracy is the answer, but if they had any sense of democracy whatsoever, they would be resigning in their droves, to make way for representatives that would indeed represent the voters, and who had the guts to implement what they have already decided.

Photo by John Cameron on Unsplash