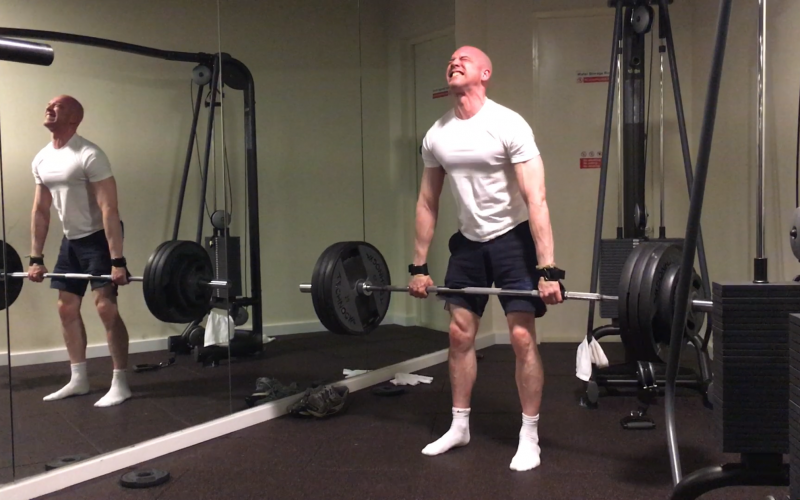 Hear Me Out… Testosterone Passports

Yes yes, I know. I’ve been highlighting the folly of Covid Passports for months. I’ve said that they’re essentially implementing a caste system alongside a mobile tracking app and that this is possibly the worst loss of freedom in the west for hundreds of years. I’ve compared them to the “Papers Please” culture of East Germany and asked people to consider whether they’d be so enthusiastic about them if they were for, say, HIV.

But, if the battle has been lost, and I’m not saying it has (yet), but if it has, then maybe there’s a way to use this technology for good. I give you: The Testosterone Passport

I can hear you already: “Andrew, what are you thinking?”

So, here’s the rationale. Testosterone is an essential hormone, for men and women. Now, I’m only advocating testosterone passports for men. Aside from my obvious ‘lived experience’, I’m genuinely interested in the data around this and I have none for levels of estrogen (or other female hormones) in women. Although, I’m sure we can work something out.

Testosterone is most commonly linked with things like muscle mass, sex drive etc.. But there’s evidence to suggest it’s also linked with feelings of self worth, personal responsibility, determination, faster injury recovery and a whole host of other positive benefits. People with higher testosterone levels also tend to be on the more libertarian end of the spectrum. Think about it. Where are you most likely to see low test soy boys? At your local NRA meeting or a commie get together?

Let us not forget when male journalists at Marx loving Buzzfeed had their testosterone levels checked. Every single one was below average and 75% of them were dangerously low (well outside the normal range). I think it’s clear: Testosterone is objectively a good thing in men.

But what happens when men dont have an adequate supply of this life saving hormone?

Let’s take boundaries, as an example. Low T left wing men aren’t good with them. At all. Is it any wonder the guys shouting about open borders and free movement are the ones who don’t understand any other type of boundary, personal or otherwise? Whether it’s Occupy London or Seattle’s Capitol Hill Autonomous Zone, these guys always end up committing sexual assault. It’s no coincidence. And in general how many left wing activists are accused of rape? Far more than the average.

Testosterone has been given a bad rap in recent years, but it’s far from deserved. We need to turn this around and, at the same time, protect fine people from soy infused ne’er-do-wells.

How would it work? Well, we’re already a test culture. Test as in test, not test as in testosterone (more’s the pity). People regularly test themselves for SARS-COV-2, right now. We just need them to switch to testing for something far more dangerous: low testosterone. Once tested, your T status will automatically be updated on your NHS Test and Trace app (we don’t even need to change the name). You will then be tracked and, if your levels are too low, shunned & avoided.

Of course testosterone levels vary in individuals, but it’s not like there are no options for the soy inflicted. There are plenty of natural testosterone boosters you can take, as well as estrogen suppressors (to give you more bang per buck from your T). If these aren’t enough, you could try pro-hormones, which are basically mini steroids that give you a small boost of testosterone in the form of a tablet. They’re fine, but they do go through your liver, so you may want to opt for injections, which are a lot safer. Doctors already give older men testosterone shots. Why not Marxists? Of course, if you’re already ‘roided up to the eyeballs, you have nothing to worry about.

“What about the trans community?” I hear you ask.

Well, trans men already take a LOT of testosterone, so they’re probably not an issue at all. I can guarantee that 95% of them would beat all buzzfeed male journos in an arm wrestle, at the very least. The only group of concern would be trans women. Now, biology is the most important thing of course, but it would be ridiculous to expect all trans women to maintain male levels of testosterone. We’re not bigots. The criteria for needing these tests is so obviously simple: male genitalia