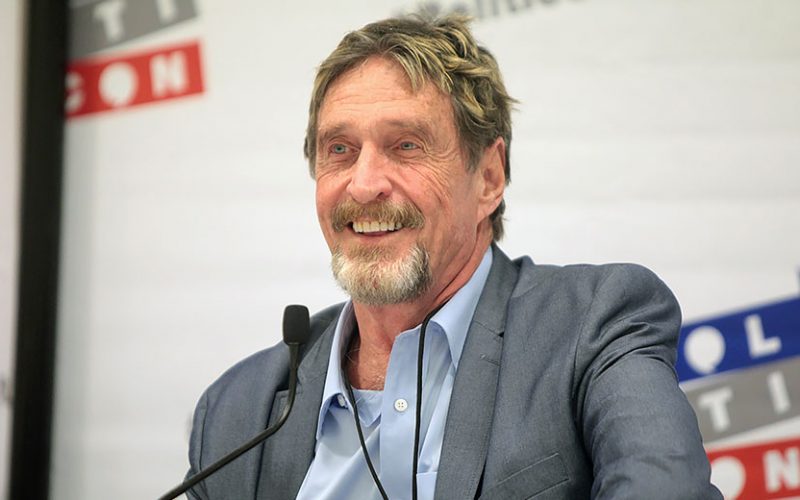 The Amazing Life Of John McAfee

This week, Andrew tells the story of John McAfee.

From his early life as a computer programmer at NASA in the 60s to his exploits on the run from the US government for alleged tax evasion, John was always a legend.

We hope you enjoy hearing a little more about his fascinating life.

How to uninstall McAfee Antivirus, by John McAfee: https://youtu.be/bKgf5PaBzyg 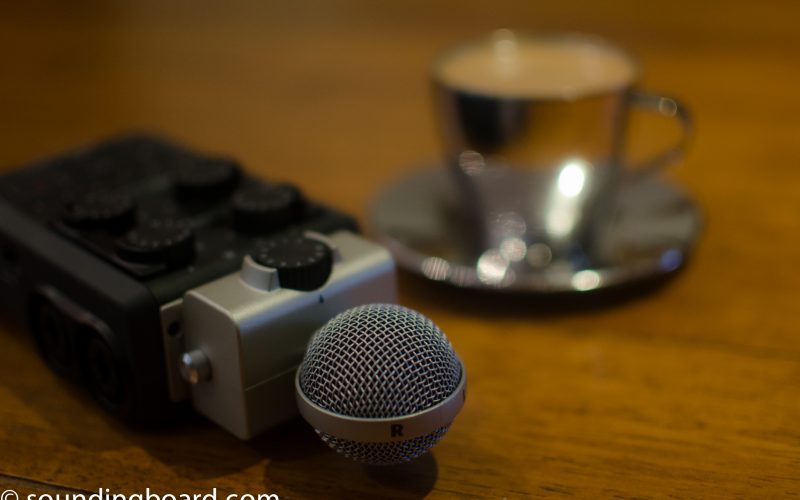 Does Capitalism Need A Reboot… Into Valueism?

This week we talk about capitalism in an unapologetic way. We talk not about the ethics, but the morality of capitalism. Something we feel isn’t talked about enough these days, if ever.

We consider what capitalism means, we try to define it in a moral, meaningful way, before finally asking ourselves if it needs a new term altogether. One not created by its enemies. Valueism? 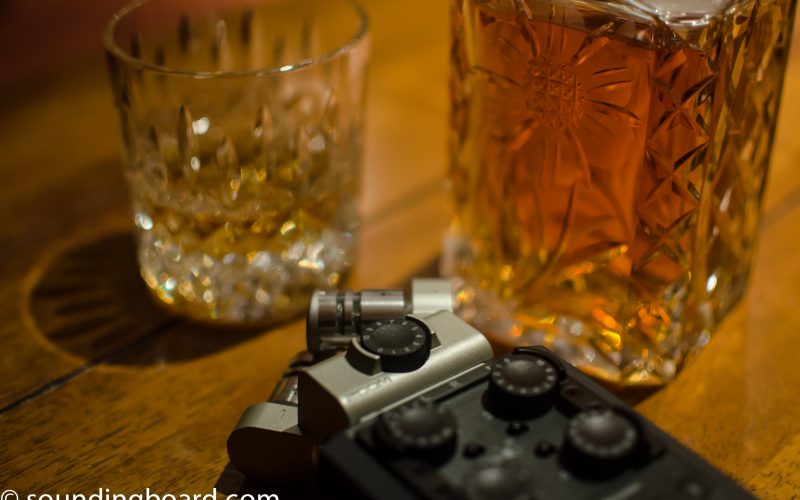 The Uniqueness of Human Thought and Win-Win Transactions

Why is it that only humans trade?  In this edition, we discuss how the human capacity to think has lead us to invent the concepts of specialisation and exchange, and that there is a common fallacy that trade transactions aren’t in fact Win-Win.

“I’d love to be able to play the guitar.

How many times have we heard statements like these? Too many to count, I’d wager. In fact, you probably rolled your eyes when you read them. You’re sure to recognise such statements for what they are: nonsense.

If someone really wanted to play the guitar, they could. It would take lots of time and effort, but it’s possible. The same with losing weight. Paying tax is the easiest of all, you can simply donate to the treasury (not that many people do).

The point is that people say these things when all evidence suggests that they don’t really mean them. That’s why there is a specific term for these kinds of statements. Economists call them “stated preferences”. If someone says they want to do something, that’s a stated preference.

Unfortunately, these days this is not usually the case. Most economists tend to be left leaning, Keynesian ideologues. People who want to do something. Sadly, the sorts of people who recognise that people can run their own lives better than anyone else rarely choose professions like economist. Or politician. This being the case, there is a tendency for most economists to ignore revealed preferences and just go by what people say, as that enables them to do what they want: interfere with things.

Take the recent sugar tax in drinks. Plenty of surveys were cited, stating people want to decrease the amount of sugar in their diets. So tell me, what was stopping them? Sugar free diet drinks have been available for decades. Why not drink those if you want to cut down? I love Coca-Cola. It’s a guilty pleasure. I rarely drink it as I like to keep in shape (which isn’t as easy now I’m in my forties), but every now and again I like to sip from a bottle of ice cold coke. Why should I be taxed more? More importantly, why should people who suffer from diabetes be taxed more when sugar can be life saving for them?

It’s the same with tax. I’ve seen so many surveys where people state that they should pay more tax. Well, why don’t they? I made an FOI request recently and received information back about how much money people voluntarily donate to the state. I discuss it in a recent podcast but, spoiler alert, it’s virtually nothing.

The Germans have a fantastic word that springs to mind: verschlimmbessern. It roughly translates as “the act of making something worse whilst trying to make it better”. This is what happens when economists and politicians look at stated preferences instead of revealed preferences, when they look at feelings instead of facts, and when something that sounds good to them takes precedence over something that has been proven to work.

Go back to the first few statements at the beginning of this article then ask yourself: Do we really want to base government policy on what people say?

Why don’t socialists donate to the government?

It seems that every day some virtue signalling celebrity comments on how they should pay more tax. We discuss this very issue in the latest edition of Sounding Board.  If you haven’t listened already, it’s available here.

In it, we analyse statistics from the British Government on how much people actually donate to the treasury. Spoiler: virtually nothing.

It would appear then, that these are just weasel words, designed to elevate the sayer’s status without actually doing anything or backing them up with actions. A couple of days after publishing the podcast, as if by magic, one such person ended up on my Twitter timeline.

So there we go. It’s always, always the same:

“I didn’t mean just me. I’m not unless we’re all forced to.”

If you ever encounter anyone saying they should pay more tax, point them in the direction of the treasury. 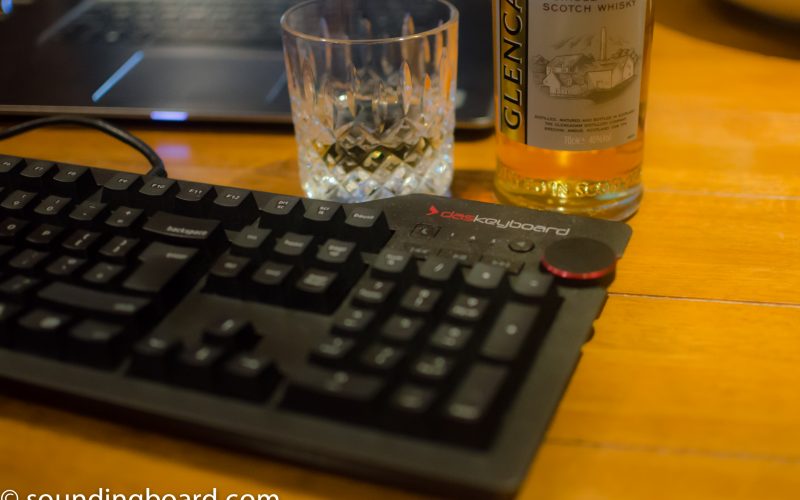 This week we talk about Russian economist Nikolai Kondratiev, the pioneer or long term business cycles or Kondratiev Waves. We also find out if virtue signalling socialists who want to pay more tax actually do, before discussing tax statistics in more detail.

Why is it now rare for a Tory to advocate low taxes?

I suppose I’d just got used to it.

Theresa May with her interventionist, remainer views has always surrounded herself with advisers that think the same as her – see Olly Robbins, who has masterminded the circumvention of the Department for Exiting the EU, or basically anything written by Nick Timothy, her former co-Chief of Staff.

In fact, it was the Conservative manifesto itself for the 2017 snap election, written by Timothy, that is the best evidence to date that it’s no longer a mainstream Conservative view to believe in smaller government and lower taxes.

It was all bit Ed Miliband-lite.  What politicians and pundits like to call the centre-ground of British politics is now a very much lefty position.

Of course, nowadays, if you step one pace to the right you are deemed a fascist, whereas there are a seemingly infinite number of steps further and further left, never getting to the police state that the rest of us know lies in that direction too.

This was put brilliantly in this article by Douglas Murray in the Spectator.

Left and Right don’t really cut it any more – and I’m sure I can be accused of saying that because I don’t exist on the left of this crazy spectrum.  I believe, though that the new order is one of freedom versus totalitarianism.

And on the side of freedom are those of us who believe that people should be as free as they can possibly be to not have government run their lives for them.  As free as possible to spend their own money as they see fit.

What the politics of 2018 has lost (and it happened long before 2018), is a sense that small state, low tax economies work.  And not only work, but excel like no others.

Is it up to people like me with no following, no journalistic or political ambitions, to point out the success stories of Hong Kong under John Cowperthwaite or Germany under Ludwig Erhard?

There aren’t enough of us out there showing that when you lower tax and lower regulation and state intervention, that living standards improve, economies grow, and people get happier as a result.

So it was a surprise to me this morning to read that none other than Gavin Williamson, our young, hapless Defence Secretary, had in cabinet this week advocated lowering taxes in order to increase government revenue.

I wonder how well that went down.  Cabinet room lead balloon is what I’m thinking.

But it shouldn’t have been an unpopular idea.  It should be Conservative party policy.

And it should always be Conservative party policy.  It shouldn’t be floated occasionally by one of the cabinet, it should be a de-facto view.

Liz Truss has been making the right noises recently, and there is enough press chatter about Sajid Javid to indicate that he also could be on the right side of this.

But there aren’t enough of them.  Too many of the Conservative party are statists, just like on the left.

Without a Thatcher figure to slam Hayek’s Road to Serfdom on the table and say “This is what we believe in”, and actually sell the policies of low tax, low regulation, small state conservatism, I fear it will become more an more a minority view – deemed crack-pot even.

We have facts and evidence on our side – why is this Conservative government not using them?